Media Analysis
Launching a business or new product in Southeast Asia? A full blown market research that may take months, but our media analysis service is designed to quickly and affordably help you understand the local market through media.

Understanding competitors and local trends with regards to your business is the key to success.

You would like to reaffirm the local needs for your product/business in the market you are venturing into.

You want to know what kind of promotions and campaigns your competitors are running.

Groups and corporations who are already established overseas

You want a better grasp of how the local market percieves your brand.

You're not sure if your strategy is in lign with the needs of the local market.

SOLUTION
A large-scale market research may take months and be too costly, but our media analysis service has been designed to quickly and affordably help you create a better PR and business strategy.
Affordable and quick
Comprehensive market researches tend to take too long and cost too much. Our media analaysis service can be completed in as fast as 2 days, starting from 250,000 JPY.
Find out how your company and its competitors are being perceived in a glance.
In addition to quantitative analysis, qualitative analysis such as the sentiment and context of the articles mentioning your brand will also be included in the report.
Social media and forums included in research scope
Listen to what the users are saying through Twitter and various forums, in addition to media coverage.
Key Features
Find out what the local trends are, and what the media and users on social media are talking about with regards to your brand and competitors.

Learn about how your company and competitors are being talked about on media websites and social media.
In addition to quantitative reports, we will also provide qualitative analysis regarding sentiment of reports and trending articles and posts.

See how specific keywords are buzzing on media websites and social media. This is especially suitable for companies with consumer products or are reviewing their marketing strategies. Qualitative analysis will also be included.

1. Competitor analysis of own company + 2 companies (specified by client) 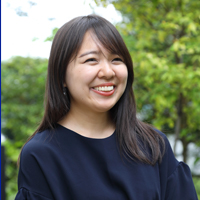 Sakurako joined PRAP JAPAN in 2014 and was posted to Singapore in 2017. In Japan, she was in charge of a wide range of activities from corporate PR to B2B PR centered on multinational IT companies. In Singapore, she was seconded to the PR department of a major automobile manufacturer for one year, where she engaged in PR consulting and Japan-bound campaigns throughout the SEA. Sakurako lived in the US for 6 years and South Africa for 4 years. 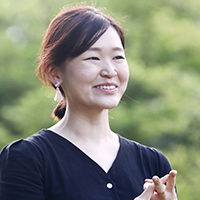 From Singapore, Shion was awarded a scholarship from the Japanese governement (MEXT) in 2010 and studied at the Tokyo University of Foreign Studies on continuing on to University of Tokyo. After graduation, she worked at a Japanese consulting company where she was seconded to Japan's national broadcasting station and was in charge of overseas promotion activities. In spring 2017, she resigned to pursue a diploma in pastry arts at Ecole de Patisserie KOKUSAI, and returned to Singapore where she joined POINTS.

Have a question?
Send us your enquiry here.